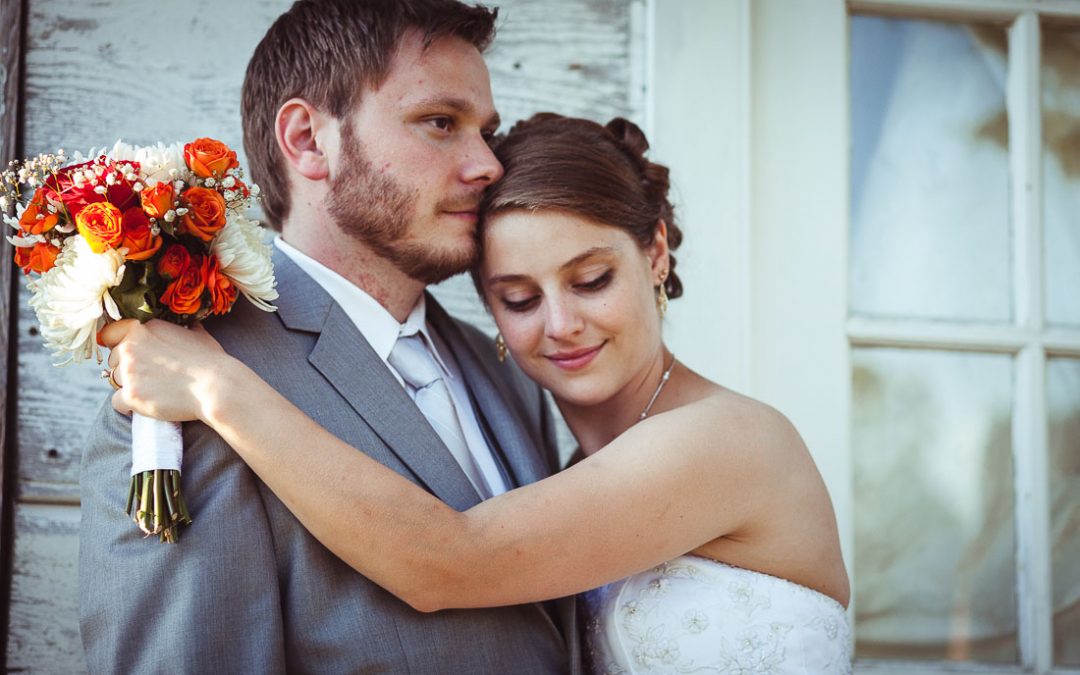 The day finally came in the beginning of August for Mike & Melissa to make it official. Official official. Their long time friend and Petruzzo Photography shooter Felipe Sanchez, along with Erik Hoffman, were tasked as the photographers for the day.

Arriving a little early, Felipe went back and forth between Melissa & Mike’s prep-rooms capturing images along the way. Meanwhile, Erik wandered the grounds to scope out great portrait spots and shoot the location itself some. A little hiccup kept them from shooting individual wedding party formals before the ceremony, but there was plenty of time left afterwards for that. The ceremony was held under a floral arrangement and a overhanging tree branch, which provided the shooting duo with some amazing angles without being disruptive.

The reception was held in one of the Historic Sotterly Plantation barns, where Smokey Joe’s BBQ had cooked up some tasty treats and Ricky from Crow Entertainment spun the tunes. Mike & Melissa honored their affinity for fine cigars with a designated all you-can-smoke area outside, while guests mingled and some wandered and admired the stunningly beautiful countryside. Another very close friend of Melissa’s made a cake that can only be described as jaw dropping.

Check out the highlights reel below!